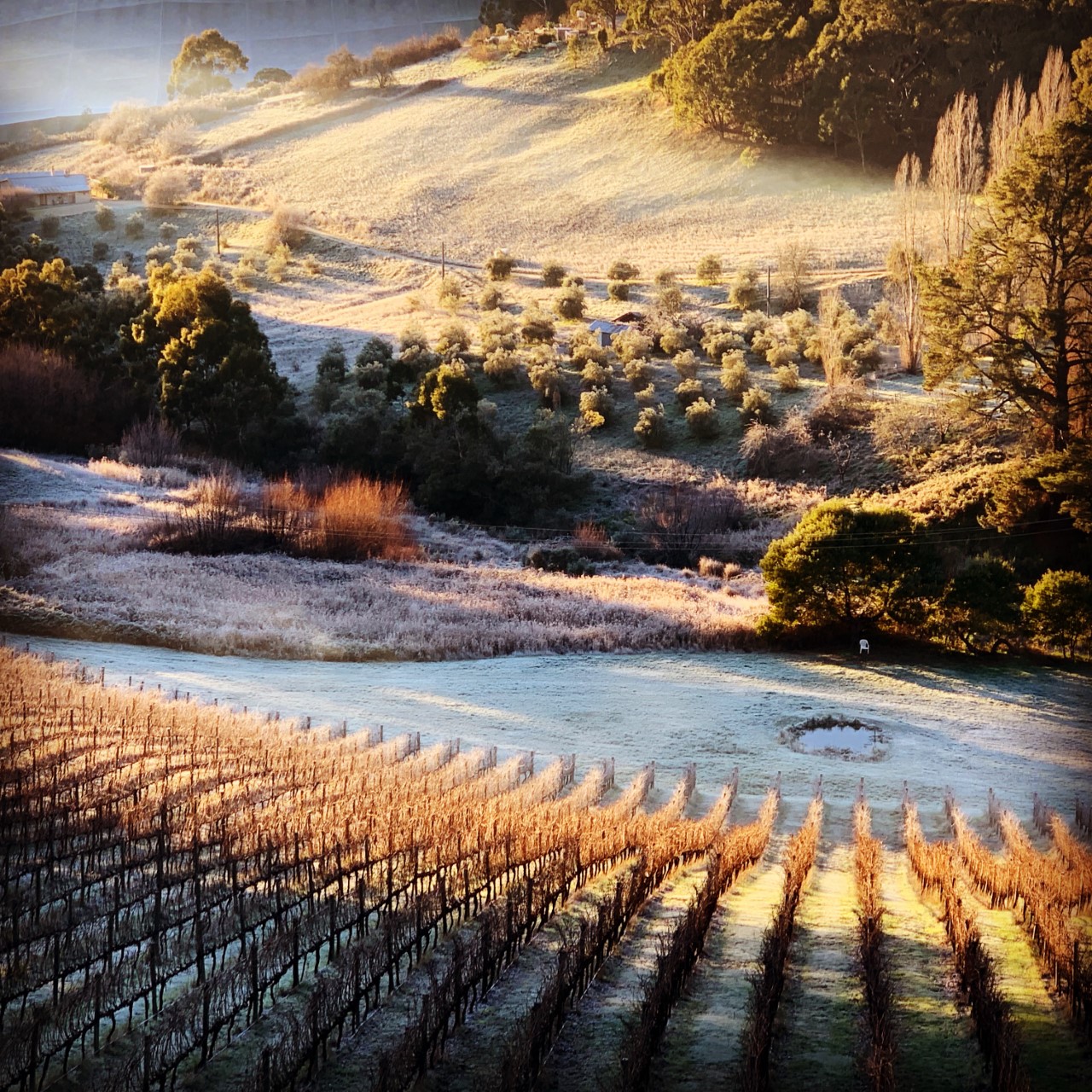 ..In the beginning it was September  2004. It was a new beginning for Brian who had been looking for land for vines and hopefully fine wine for some time and when this parcel came on the market he just had to have it. Perfect slopes, close to the city and plenty of rain. Well, too much really. South Australia’s wettest spot most years and it even has a waterfall and permanent creek, aptly called Deep Creek.

So in 2004-5 4 acres of Chardonnay went in, a new house was in the planning  and  in 2007, 2 acres of Pinot Noir was planted and in 2008 the house was finished to allow live in vigneron status to be permanent. The plot thickened in 2007 with the arrival of the love of his life, a Canadian, artisan Lani, and all her  fibre, wool and wood creations also added to the mix. The pair were married in 2007….Was the house big enough?!

The idea is to prune the vines to keep the crop below 3 tons per acre, water as little as possible, spray as little as possible, and make the best wine possible. Simple in reality. But the size of the vineyard does mean the production is limited from 500 to 800 cases per annum, small by everyone’s standards. A true boutique winery. With some extra Lani creations…. Loftyvalleyartisan if you are looking for her on Instagram.

So we make, in various styles and combinations

That’s it, with one exception, we have one parcel of Shiraz we bought in for sparkling shiraz…..2012 so it’s becoming interesting, and some is still on lees…

We are in the Piccadilly Valley just 20 minutes from Adelaide CBD.

Come and visit us in the meantime if you like and we can arrange a wine  tasting and a look see at some of Lani’s fibre creations, including masks!

Best to email brian@loftyvalleyestate.com.au or text 0400930818 the day before as we would like to be around when you get here!

NEW EVENT!!  James Halliday just gave us some amazing scores so we are enticing you to buy our wines by discounting them by approx 40%

Details in the shop!

The climate is similar to Burgundy as are the slopes, however they are if anything, a bit steeper.

Set in a valley there is quite a large daily temperature variation which aids in flavour development for the finished product.

Brian Gilbert manages this project and his wife Lani Ramsey is a fibre artist and works with wool and silk in the main to produce garments of all types for your enjoyment.